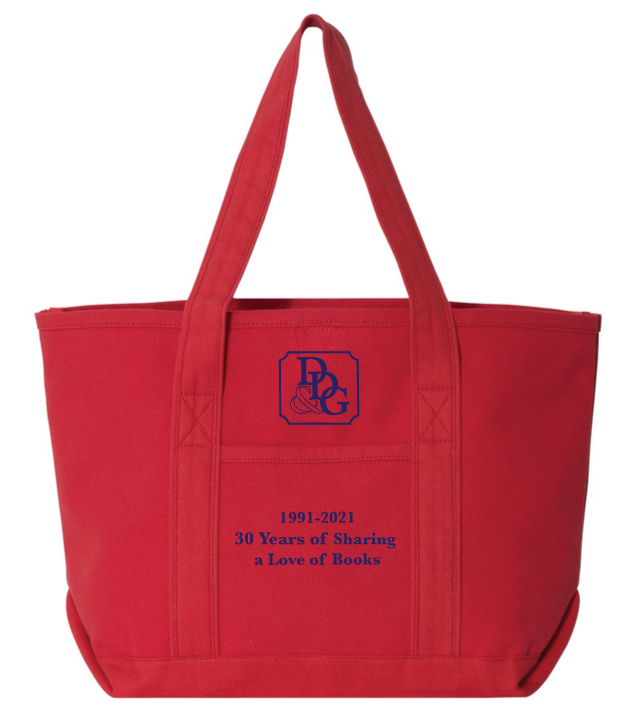 30th Anniversary Books of the Years

In the summer of 2019 our then 10-year-old son's reading really took off. We couldn't keep up. But he's also very picky, so it seemed no matter what we brought home, it wasn't quite right. He turned up his nose. It was getting pretty frustrating for everyone. Then we stopped into DDG (we are only occasional summer visitors, or we'd have stopped in sooner) and Kenny recommended a number of books - we bought the first book in about four different series - including Skulduggery Pleasant. Instant hit. We soon went back for books two and three, then four and five...Two years later, our son has all 13 books lined up on his dresser and he still reads them over and over. Now when he needs a new book recommendation, he emails Kenny - his most trusted book advisor - and we order whatever he suggests. Thank you for always being there for us, DDG.
Hannah Harlow

There are so many books or moments that I recall, but I think the best story for Fit Girls is surrounding the book "Gertie's Leap to Greatness" and the amazing visit from Kate Beasley.  The story was super fitting for the Fit Girls summer camp, but even more exciting was the visit from the author all the way from Georgia.  This happened because of your outreach in the book world. The book is a great story about determination, resilience and kindness.  Thank you so much for all you do in this community to feed the minds and souls.  I am especially grateful for all you do for Fit Girls.

I love this book, and have both shared it with and described it to many people. It conveys so much meaning and emotion without using any recognizable words, and provides empathy and understanding to people trying to comprehend the immigrant experience. If it hadn't been at DD&G for me to peruse, I don't know that I ever would have encountered it.

There have been many books over the years, including special orders. I appreciate the time Kenny and all the staff take to find a book, no matter how obscure.
But nothing tops the first time I saw a book that included my work, featured on the top of a bookcase. It was Balancing Act 2: An Anthology of Poems by Fifty Maine Women Poets.
It was the first time my poetry had been published, and seeing it in DDG made it real.
Thank you for supporting poetry, and the work produced by small press endeavors.

I turly can;t imagine your corner of Maine without DDG. A memory: the first time I went to DDG, I picked up Bill Roorbach's Big Bend in hardcover. Thanks for all you do!
Joshua Bodwell 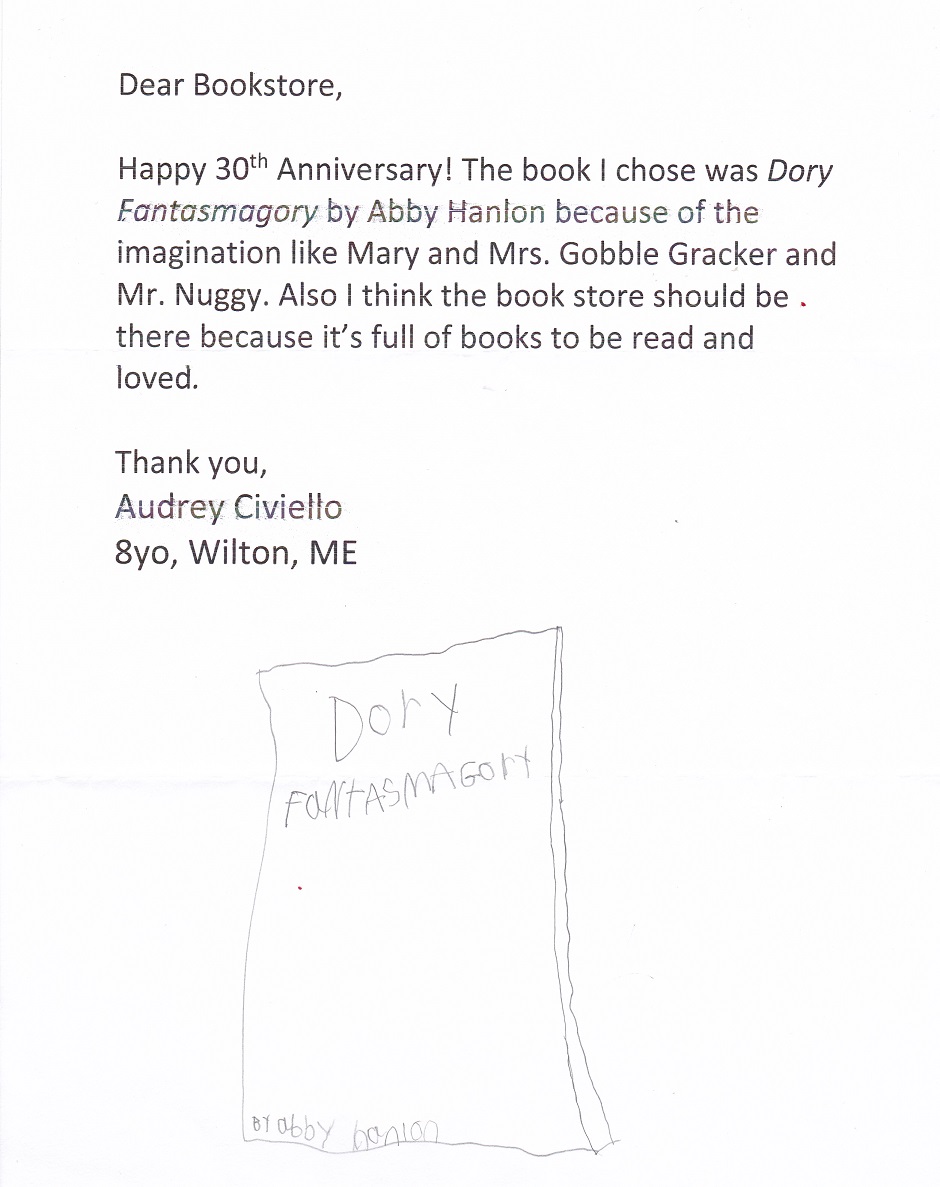 In 2001, I visited my daughter, Clara, who was teaching English in rural Japan.  One of the tourist attractions near her small town was the home of Lafcadio Hearn.  I was completely unfamiliar with Hearn, but was intrigued so we toured his home.  Upon returning to Farmington, I went into DD&G to ask Kenny to special order Hearn's book, "Glimpses of Unfamiliar Japan."  Who keeps a book like that in stock?  Kenny walked over to the shelf of travel books, pulled out that very book, and handed it to me.  He explained that, though Hearn is not well known among the general reading public, OUR independent bookstore owner admires him as a stylist, and, well, you never can tell when someone in Farmington, Maine might come in asking for Lafcadio Hearn.

I remember walking into the store one day and seeing this book with an amazingly illustrated cover sitting on the counter. Kenny told me that it had just come out that day and that I needed to read it. I had no idea what it was, but I bought it, Harry Potter and the Sorcerer's Stone. I started reading it on my way back to campus, it was almost impossible to put down from page one. So began my love for a school I will never be able to attend and all the wonderful friends I've made, living through this seven year epic over and over again.

Harry Potter 1998
When I first learned about Harry Potter. I was looking for a Christmas book for Ben (then 13), and you suggested Harry Potter and the Sorcerer's Stone. I recall you taking the book off the shelf and telling me that it was "all the rage" in England but it hadn't yet caught on in the U.S., and no one really knew about it here.

So I bought it - an unknown book. And what a hit! He couldn't put it down. The rest is history. You later sponsored some great HP parties at the bookstore! Remember how, when the next editions came out, kids used to line up on the sidewalk, waiting for you to open the door so they could get their next book? Quite a phenomenon!

A Peace to End All Peace: The Fall of the Ottoman Empire and the Creation of the Modern Middle East (Paperback)

It was  David Fromkin's A Peace to End All Peace: The Fall of the Ottoman Empire and the Creation of the Middle East  that got me into years of reading about the Middle East. I think it was the catchy title that got me started back in the 90's. I filled two bookshelves of titles, including Gertrude Bell: Queen of the Desert, Avi Shlaim's The Iron Wall: Israel and the Arab World, Charle Glass' Tribes with Flags and Syria Burning,  Fawaz Turki's The Disinherited: Journal of a Palestinian Exile and Kapuscinski's Shah of Shahs. Not all. but most were purchased/ordered at DDG. The others came from Twice Sold Tales - Farmington's other great bookstore.
Thanks for triggering my journey Kenny
Jo Josephson

Nancy Drew 01: the Secret of the Old Clock (Hardcover) 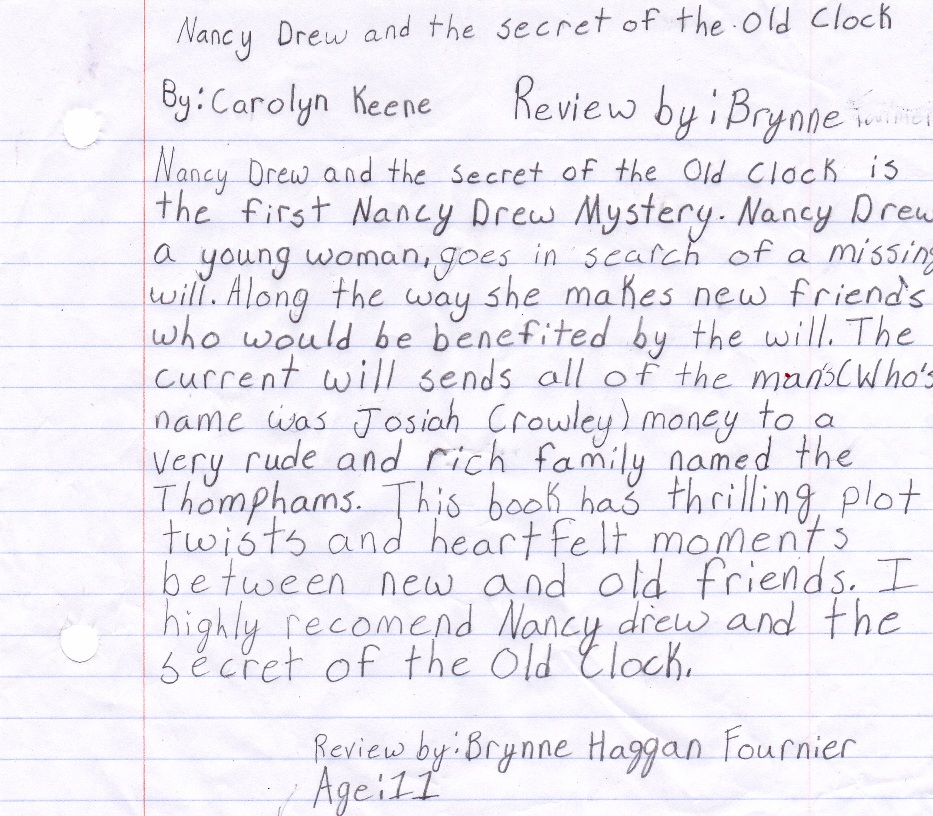 The Sweetness at the Bottom of the Pie: A Flavia de Luce Mystery (Paperback)

I read so many books -- including lots of excellent recommendations from Kenny and the crew at DDG -- it is hard to choose. But one of my all-time favorite discoveries was Alan Bradley's Flavia de Luce series, beginning with The Sweetness at the Bottom of the Pie. I love reading (and re-reading) this cozy mystery series starring precocious Flavia with her love of poisons and witty insights into murder, her insufferable sisters, the taciturn Dogger, and the assorted quirky residents of Bishop's Lacey. The absolute best part of living in Farmington is DDG!

The Amulet of Samarkand (A Bartimaeus Novel #1) (Paperback)

One? How about Bartimaeus or Fablehaven or The Other Side of the Island or any of the countless incredible Y/A books I've added to my library or Night Circus or Dark Matter or Shadow Divers or the countless books that squeeze out my shelves at home and spill over in my classroom for my strongest readers? How about, as a remembrance, your guidance over the years, the paged paths you've guided me and my students down? How's that for a remembrance? With my greatest gratitude for all you do.

Kenny called my attention to Dersu the Trapper in the 1990s, when I was highly involved in establishing a student, teacher, and citizens’ exchange between Franklin County and the Komi Region of interior of Russia, located 1000 miles east of Moscow, near the base of the Ural Mountains. I had first visited Russia in 1987, and returned in 1993 with a group of UMF students and staff for a 3-week stay with families in the city of Syktyvkar. Quite taken by the vast and wild landscape of Russia, forested with birch and conifers, crossed by great rivers, small log-cabin communities among surrounding mountains and foothills, I was in pursuit of literature of the Russian interior.

Dersu Uzala is an indigenous Nanai trapper and hunter, who makes his life in remote Ussuria, a little explored mountainous region of far eastern Siberia, bordering the Sea of Japan. Arsenyev is a Russian military officer and explorer from Moscow tasked with mapping this hitherto all but unknown region, and gathering details of a botanical and geological nature. So daunting is the landscape and so fierce the weather conditions, that Arsenyev seeks a local guide, meets Dersu, and proceeds to carry out three expeditions over a series of years, utterly dependent upon the Native for personal survival and that of his military companions, and for revelations about life on the taiga in many forms – beast, bird, fish, human.

In my initial reading I was captivated by details of the landscape and the resourcefulness of Dersu, as the expedition would make camp night after night in sharp cold, relentless rain, staggering wind; ever-present danger from flood, icy and narrow mountain passes, even stalking by a Siberian tiger. In subsequent readings I find myself attending to the remarkable relationship between the Major and Dersu. There are enormous cultural differences. At first Arsenyev asserts his university-cultivated knowledge base and privilege, but as the first and subsequent expeditions proceed, he quickly learns from Dersu’s example that there are other ways of knowing the world and navigating it, and that one’s survival rests upon such unique knowing. Dersu blurs the line between human and non-human forms, as in regarding water as having human qualities, and in seeking to see the world as creatures of the wild see it.

At one point Arsenyev marvels at the compassion and fidelity he witnesses in Dersu, confessing in his notes that once he had not believed that a person of Dersu’s ethnicity and circumstance could be so wise, and could possess a rich emotional dimension to life. The two become close friends, a remarkable development for the times.  The demands their respective cultures make upon them, even in the context of their mutual regard and commitment to the other’s well being, contribute a dimension to the story as daunting as the Siberian landscape.

How about books that traumatized us, like The Worm Ouroboros? Happy anniversary Kenny
SIobhan Senier

Answer: Just as long, Siobhan, as it is an experience such as yours has been with The Worm Ouroboros whose initial trauma has, through the thaumaturgy of time, been conveyed into a fond rapture.

Note: The Worm is an all time favorite epic fantasy, first published in 1922,  which no sensible person could ever be harmed by. It was my life mission when it went out of print in 1996, to see it back onour shelves, and I succeeded in that quest. I repeat, no one was harmed in the process.