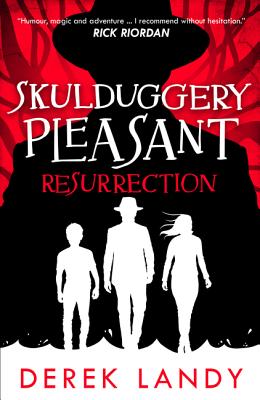 This is book number 10 in the Skulduggery Pleasant series.

The skeleton detective is coming back to life... again It's the tenth, triumphant novel in the Skulduggery Pleasant series, and it will rearrange your world.

A lot has changed. Roarhaven is now a magical city, where sorcerers can live openly. Valkyrie Cain has been out of action for years, recovering from the war against her alter-ego Darquesse, which nearly destroyed her and everyone else.

Some things never change though: bad people still want to do bad things, and Skulduggery Pleasant is still there to stop them.

When Skulduggery learns of a plot to resurrect a terrifying evil, he persuades Valkyrie to join him for just 24 hours. But they need someone else on their team, someone inconspicuous, someone who can go undercover.

24 hours to save the world. One sharply-dressed skeleton. One grief-stricken young woman. One teenage boy who can't remember which class he's supposed to be in.