Until the End (Skulduggery Pleasant #15) (Paperback) 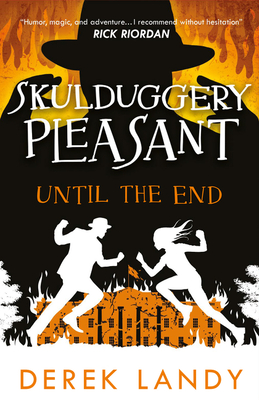 Until the End (Skulduggery Pleasant #15) (Paperback)

This is book number 15 in the Skulduggery Pleasant series.

The second cycle of the internationally bestselling Skulduggery Pleasant series comes to a thrilling end. You are not ready...

The Faceless Ones have returned to our universe. The bad guys have won.

With the end of everything just days away - and no longer able to rely on Valkyrie Cain - Skulduggery must make allies of enemies if he's going to stand any chance of saving what's left of the world. And just when things are looking their bleakest, they manage to get even worse, with Omen Darkly suddenly having to step up when his brother, the Chosen One, falls.

There's a lot going on. Most of it is bad. Sorry about that.