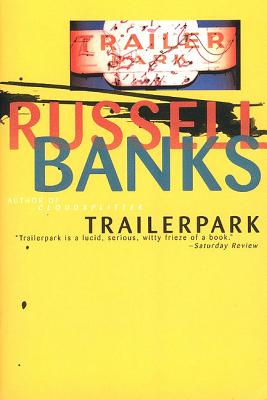 Get to know the colorful cast of characters at the Granite State Trailerpark, where Flora in number 11 keeps more than a hundred guinea pigs andscreams at people to stay away from her babies, Claudel in number 5 thinks he is lucky until his wife burns down their trailer and runs off with Howie Leeke, and Noni in number 7 has telephone conversations with Jesus and tells the police about them. In this series of related short stories, Russell Banks offers gripping, realistic portrayals of individual Americans and paints a portrait of New England life that is at once dark, witty, and revealing.

Russell Banks, twice a finalist for the Pulitzer Prize, is one of America’s most prestigious fiction writers, a past president of the International Parliament of Writers, and a member of the American Academy of Arts and Letters. His work has been translated into twenty languages and has received numerous prizes and awards, including the Common Wealth Award for Literature. He lives in upstate New York and Miami, Florida.