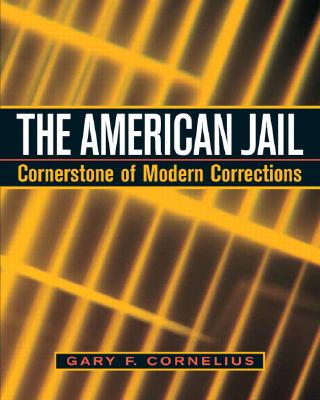 Out of Print
This is a book about the local jail-how it developed, how they work, and what jail staffs are doing to protect the public and keep inmates safely confined. Written from a practitioner's point of view, its goal is to give the reader a realistic view of this often overlooked institution. Critical issues such as the traits of offenders, the climate, and security are discussed, as well as the main operations of the jail such as booking and classification. Insights from those within (staff and inmates) reinforce the book's real world perspective and current statistics and research document the development and operation of local jails.
Lt. Gary F. Cornelius served the field of corrections in the Fairfax County Sheriff's Office from 1978 until his retirement in 2005. He has more than 30 years of experience in law enforcement and corrections. He has a Bachelor of Arts degree in Social Sciences from Edinboro University of Pennsylvania, class of 1974, and is a former officer of the Uniformed Division of the US Secret Service. In his correctional career, Gary has worked in many areas of jail operations, and retired as the Classification Supervisor of the Fairfax County Adult Detention Center. Lt. Cornelius also teaches punishment and corrections, community corrections, and jails at George Mason University, and has been an adjunct faculty member there since 1986. He has taught many seminars on various subjects in corrections. For 20 years he was a certified trainer for the Virginia Department of Criminal Justice Services. He serves as an adjunct instructor for four Virginia criminal justice training academies. Gary is active as a trainer and consultant for the National Institute of Justice, the American Jail Association, the American Correctional Association, and the International Association of Correctional Training Personnel (IACTP). In 1997, he was elected to the IACTP Board and represented local corrections training. He is an author, and has written more than 40 articles on corrections, including a quarterly column, now a book, called The Twenty Minute Trainer, for the IACTP's The Correctional Trainer, which is available from ACA and LRPPublications. He is on the Board of Advisors of The Corrections Professional from LRP Publications. He has written other books: Stressed Out: Living and Working with Stress in Corrections and Jails in America An Overview of Issues, 2nd Edition, both of which are available from the American Correctional Association. He has served as a consultant on the National Institute of Justice report: Addressing Correctional Officer Stress: Programs and Strategies, an Issues and Practices Report. In 2001, Carolina Academic Press published Lt. Cornelius' work, The Correctional Officer: A Practical Guide. Also in 2001, the American Correctional Association published Lt. Cornelius' latest work, The Art of the Con: Avoiding Offender Manipulation, which received the 2002 APEX Award. The second edition of Stressed Out was published by ACA in August, 2005. Gary received the IACTP Board of Directors Award of Excellence in Correctional Training in 1995. He was included in the 1992-93 edition of Who's Who Among Human Service Professionals, and in 2001 was named to America 's Registry of Outstanding Professionals. In 2004, Lt. Cornelius received the President's Award from the International Association of Correctional Training Personnel for his writing and contributions to The Correctional Trainer. In April, 2005 the George Mason University Administration of Justice Program awarded Lt. Cornelius its Instructor Appreciation Award for 2004-2005. In May, 2005, Edinboro University of Pennsylvania presented him with a Distinguished Alumni Award in Social Science. He is a native of Pittsburgh, Pennsylvania and resides in Williamsburg, Virginia. CLASSES FOR CORRECTIONAL STAFF Instructed by Gary F. Cornelius Offender Manipulation Prevention Stress Management Seminar Cultural Diversity Seminar Reading the Institutional Climate: Avoiding Security Disruptions Legal Rights of Inmates Suicide Prevention Ethics and Professionalism in Corrections Working with Difficult Employees Time Management Documenting Critical Incidents in the Jail Gary can be reached at 571-233-0912 (cell), 757-645-3441 or at ADJinstructor@aol.com.