A Good Man Is Hard to Find and Other Stories (Hardcover) 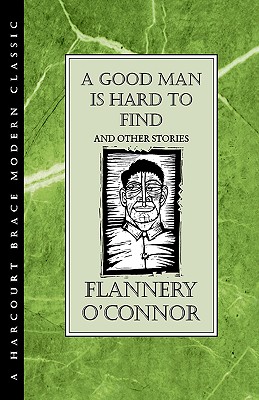 A Good Man Is Hard to Find and Other Stories (Hardcover)


Usually Ships in 1-5 Days
The collection that established O’Connor’s reputation as one of the american masters of the short story. The volume contains the celebrated title story, a tale of the murderous fugitive The Misfit, as well as “The Displaced Person” and eight other stories.
FLANNERY O’CONNOR (1925–1964) was born in Savannah, Georgia. She earned her MFA at the University of Iowa, but lived most of her life in the South, where she became an anomaly among post–World War II authors: a Roman Catholic woman whose stated purpose was to reveal the mystery of God’s grace in everyday life. Her work—novels, short stories, letters, and criticism—received a number of awards, including the National Book Award.