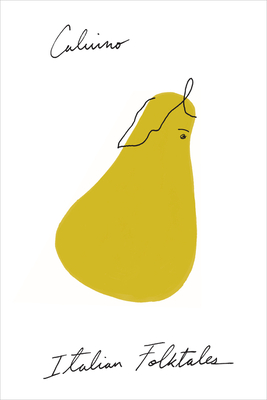 
Usually Ships in 1-5 Days
One of the New York Times’s Ten Best Books of the Year: These traditional stories of Italy, retold by a literary master, are “a treasure” (Los Angeles Times).

Filled with kings and peasants, saints and ogres—as well as some quite extraordinary plants and animals—these two hundred tales bring to life Italy’s folklore, sometimes with earthy humor, sometimes with noble mystery, and sometimes with the playfulness of sheer nonsense.

Selected and retold by one of the country’s greatest literary icons, “this collection stands with the finest folktale collections anywhere” (The New York Times Book Review).

“For readers of any age . . . A masterwork.” —The Wall Street Journal

“A magic book, and a classic to boot.” —Time

ITALO CALVINO (1923–1985) attained worldwide renown as one of the twentieth century’s greatest storytellers. Born in Cuba, he was raised in San Remo, Italy, and later lived in Turin, Paris, Rome, and elsewhere. Among his many works are Invisible Cities, If on a winter’s night a traveler, The Baron in the Trees, and other novels, as well as numerous collections of fiction, folktales, criticism, and essays. His works have been translated into dozens of languages.