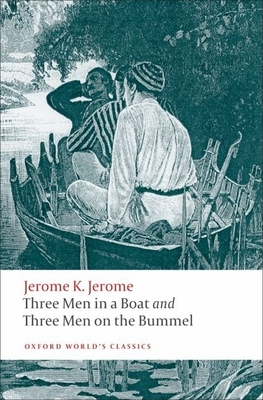 
On Our Shelves Now
This volume stands as the only available critical edition of two of the most popular classics in English literature. Three Men in a Boat describes a comic expedition by middle-class Victorians up the Thames to Oxford, providing along the way brilliant snap-shots of London's playground in the
late 1880s. In Three Men on the Bummel, the three Englishmen escape from the claustrophobia of suburban life some ten years later to go on a cycling tour in the Black Forest of Germany. About the Series: For over 100 years Oxford World's Classics has made available the broadest spectrum of literature from around the globe. Each affordable volume reflects Oxford's commitment to scholarship, providing the most accurate text plus a wealth of other valuable features, including expert
introductions by leading authorities, voluminous notes to clarify the text, up-to-date bibliographies for further study, and much more.