On the Trail of Blackbody Radiation: Max Planck and the Physics of his Era (Hardcover) 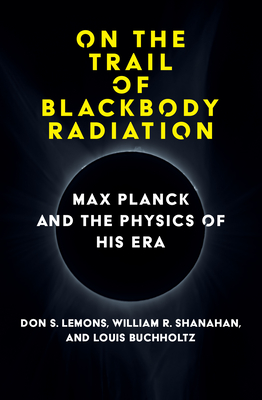 On the Trail of Blackbody Radiation: Max Planck and the Physics of his Era (Hardcover)


Usually Ships in 1-5 Days
An account of Max Planck’s construction of his theory of blackbody radiation, summarizing the established physics on which he drew.

In the last year of the nineteenth century, Max Planck constructed a theory of blackbody radiation—the radiation emitted and absorbed by nonreflective bodies in thermal equilibrium with one another—and his work ushered in the quantum revolution in physics. In this book, three physicists trace Planck’s discovery. They follow the trail of Planck’s thinking by constructing a textbook of sorts that summarizes the established physics on which he drew. By offering this account, the authors explore not only how Planck deployed his considerable knowledge of the physics of his era but also how Einstein and others used and interpreted Planck’s work.

Planck did not set out to lay the foundation for the quantum revolution but to study a universal phenomenon for which empirical evidence had been accumulating since the late 1850s. The authors explain the nineteenth-century concepts that informed Planck’s discovery, including electromagnetism, thermodynamics, and statistical mechanics. In addition, the book offers the first translations of important papers by Ludwig Boltzmann and Wilhelm Wien on which Planck’s work depended.
Don S. Lemons is Professor of Physics Emeritus at Bethel College in North Newton, Kansas and the author of Drawing Physics: 2,600 Years of Discovery from Thales to Higgs and Thermodynamic Weirdness: From Fahrenheit to Clausius (both published by the MIT Press).