The Witch: A History of Fear, from Ancient Times to the Present (Hardcover) 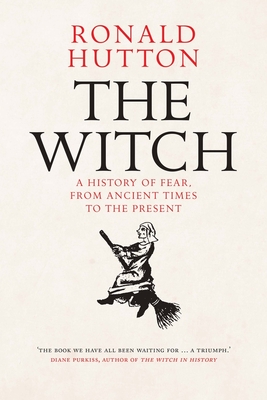 The Witch: A History of Fear, from Ancient Times to the Present (Hardcover)

Out of Print
Why have societies all across the world feared witchcraft? This book delves deeply into its context, beliefs, and origins in Europe’s history

"Traces the idea of witches far beyond the Salem witch trials to beliefs and attitudes about witches around the world throughout history.”—Los Angeles Times

The witch came to prominence—and often a painful death—in early modern Europe, yet her origins are much more geographically diverse and historically deep. In this landmark book, Ronald Hutton traces witchcraft from the ancient world to the early-modern stake.

This book sets the notorious European witch trials in the widest and deepest possible perspective and traces the major historiographical developments of witchcraft. Hutton, a renowned expert on ancient, medieval, and modern paganism and witchcraft beliefs, combines Anglo-American and continental scholarly approaches to examine attitudes on witchcraft and the treatment of suspected witches across the world, including in Africa, the Middle East, South Asia, Australia, and North and South America, and from ancient pagan times to current interpretations. His fresh anthropological and ethnographical approach focuses on cultural inheritance and change while considering shamanism, folk religion, the range of witch trials, and how the fear of witchcraft might be eradicated.
Ronald Hutton is professor of history, University of Bristol, and a leading authority on ancient, medieval, and modern paganism, the history of the British Isles in the sixteenth and seventeenth centuries, and the global context of witchcraft beliefs.
“For anyone researching the subject, this is the book you’ve been waiting for.”—Washington Post

“Magisterial . . . Hutton concerns himself with the bad, black version of the craft that has terrified poor souls for centuries. His approach blends a broad geographic sweep with the detailed attention of microhistory.”—Kathryn Hughes, Guardian

“What he has done very valuably, though, is to put what most of us know already into a far wider context, both geographically and historically. It’s up to us then to examine our own notions of witches and witchcraft—no longer threatening, but still perfectly familiar.”—Wall Street Journal

“Hutton, a leading authority on paganism and witchcraft, traces the idea of witches far beyond the Salem witch trials to beliefs and attitudes about witches around the world throughout history.”—Los Angeles Times

"This book [provides] a broad, inclusive, and insightful survey on the witch figure and how these ideas inform the witch trials, while also suggesting provocative shifts for the field at large."—Cimminnee Holt, Reading Religion

"An engrossing journey through the world of witches and witchcraft. Highly recommended for those fascinated by the nature and extent of the notorious European Witch Trials."—Tony Robinson

"Eloquent, historically grounded, and global in reach, this is essential reading for anyone interested in the social and political context of witchcraft and the manipulation of supposed supernatural powers."—Timothy Darvill, OBE, author of Prehistoric Britain

"Few historical concepts come as imbued with horror and intrigue as that slippery figure of the witch. Ronald Hutton has turned his considerable expertise to this always-current subject, illuminating the late Medieval and early modern idea of witches and witchcraft. Readers looking for a rigorous interdisciplinary approach to the history of witchcraft will devour this book."—Katherine Howe, New York Times bestselling author of The Physick Book of Deliverance Dane

“The book we have all been waiting for.”—Diane Purkiss, author of The Witch in History: Early Modern and Twentieth-century Representations