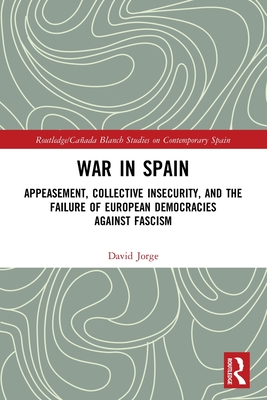 This work covers the international importance of the War in Spain through the two organizations that marked the multilateral action towards the conflict: The League of Nations and the Non-Intervention Committee. France and the United Kingdom diverted both deliberations as well as decision-making processes and mechanisms from Geneva.

Non-intervention was appeasement's specific variable applied to Spain. Despite its name, it meant an intervention, depriving the Spanish government from its own defense while the fascist governments provided massive and regular support to the rebels.

The League was damaged in its authority through the violation of its Covenant in Manchuria and Abyssinia. Once the War in Spain began, non-intervention was articulated with the main objective to confine the conflict to the Spanish borders. To this end, the designation of the conflict as a civil war (not a mere nominal nor anecdotal issue) in both London and Geneva was essential. By abandoning the Spanish democracy and foreclosing the collective security system, European democracies were also removing all that stood between their own societies and another world war.

The failure of the collective security system that the League was supposed to safeguard, prompted by the impossibility of reconciling the British-led policy of appeasement with active anti-fascism, led to a climate of collective insecurity, during which arose a Second World War. This was precisely the main objective to avoid in the international order established in 1919 after the major collective catastrophe on a worldwide scale - soon to be overcome as that.

The scholarship herein will prove essential for scholars of the interwar years' crisis, twentieth-century Spanish history and international relations.