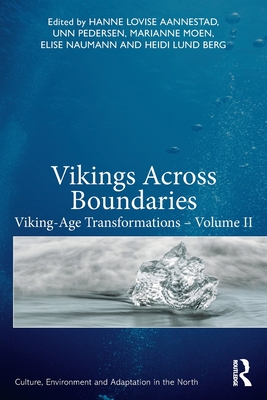 This volume explores the changes that occurred during the Viking Age, as Scandinavian societies fell in line with the larger forces that dominated the Insular world and Continental Europe, absorbing the powerful symbiosis of Christianity and monarchy, adapting to the idea of royal lineage and supremacy, and developing a buzzing urbanism coupled with large-scale trade networks. Presenting research on the grand context of the Viking Age alongside localised studies, it contributes to the furthering of collaborations between local and 'outsider' research on the Viking Age. Through a diversity of approaches on the Viking homelands and the wider world of the Vikings, it offers studies of a range of phenomena, including urban and rural settlements; continuity in the use of places as well as new types of places specific to the Viking Age; the social significance of change; the construction and maintenance of social identity both within the 'homelands' and across large territories; ethnicity; and ideas of identity and the creation and recreation of identity both at home and abroad. As such, it will appeal to historians and archaeologists with interests in Viking-Age studies, as well as scholars of Scandinavian studies.