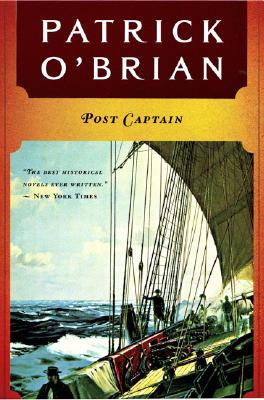 This is book number 2 in the Aubrey/Maturin Novels series.

"We've beat them before and we'll beat them again." In 1803 Napoleon smashes the Peace of Amiens, and Captain Jack Aubrey, R. N., taking refuge in France from his creditors, is interned. He escapes from France, from debtors' prison, and from a possible mutiny, and pursues his quarry straight into the mouth of a French-held harbor.

One of our greatest contemporary novelists, Patrick O’Brian is the author of the twenty volumes of the best-selling Aubrey/Maturin series, as well as many other books, including Testimonies, The Golden Ocean, The Unknown Shore, and biographies of Joseph Banks and Picasso.
The best historical novels ever written.
— New York Times

They're funny, they're exciting, they're informative.... There are legions of us who would gladly ship out time and time again under Captain Aubrey.
— The New Yorker

Aubrey and Maturin compose one of those complex and fascinating pairs of characters which have inspired thrilling stories of all kinds since the Iliad.