A Living Lens: Photographs of Jewish Life from the Pages of the Forward (Paperback) 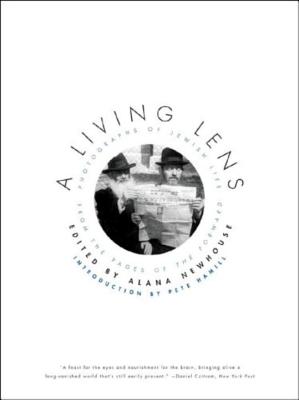 A Living Lens: Photographs of Jewish Life from the Pages of the Forward (Paperback)

The premiere national Jewish newspaper has opened its never-before-seen archives, revealing a photographic landscape of Jews in the twentieth century and beyond. This extraordinary volume features classic photographs of the history one has learned to associate with the Jewish Daily Forward--Lower East Side pushcarts, Yiddish theater, labor rallies--along with gems no one would expect. The book also features essays by Leon Wieseltier, Roger Kahn, and Deborah Lipstadt, and a rousing introduction by Pete Hamill.

Alana Newhouse is the Arts & Culture editor at the Forward. She lives in New York City.