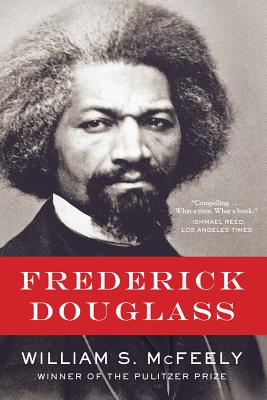 Born into but escaped from slavery, Frederick Douglass—orator, journalist, autobiographer; revolutionary on behalf of a just America—was a towering figure, at once consummately charismatic and flawed. His Narrative of the Life of Frederick Douglass (1845) galvanized the antislavery movement and is one of the truly seminal works of African-American literature. In this Lincoln Prize– winning biography, William S. McFeely captures the many sides of Douglass— his boyhood on the Chesapeake; his self-education; his rebellion and rising expectations; his marriage, affairs, and intense friendships; his bitter defeat and transcendent courage—and re-creates the high drama of a turbulent era.

William S. McFeely is Abraham Baldwin Professor of the Humanities, Emeritus, at the University of Georgia. He is the author of Yankee Stepfather: General O. O. Howard and the Freedmen; Grant: A Biography, for which he was awarded the Pulitzer Prize and the Parkman Prize; Frederick Douglass, which received the Lincoln Prize; Sapelo’s People: A Long Walk into Freedom; and Proximity to Death.
A masterpiece….[W]ill rightfully assume its place as the standard biography of a truly great figure in the nation’s past.
— New York Newsday

Absolutely nonpareil. . . . This biography—tender and critical, respectful yet
observant—presents a character of Frederick Douglass that is more thoroughly
human than seemed possible in careful scholarship.
— Nell Irvin Painter - Boston Globe

Stunning. . . . This illuminating portrait dispenses with the myths.
— Financial Times

Compelling. . . . Suggests that the Age of Douglass was this nation’s greatest
epoch. . . . What a time. What a book.
— Ishmael Reed - Los Angeles Times