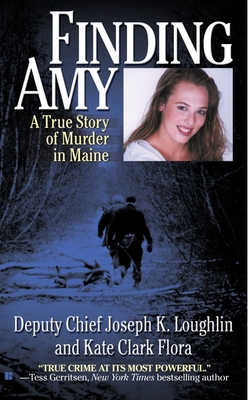 
On Our Shelves Now
A dedicated policeman and a former assistant attorney general unveil a woman's murder-and the investigation that changed one Maine city forever.
Joseph K. Loughlin is a former assistant chief of police for the city of Portland, Maine. He served as the interim chief and retired from service in January 2010 after 30 years of police work. He has the historic distinction of achieving and serving in every single sworn rank within the Portland Police Department. Loughlin is a graduate of the FBI National Academy command training program in Quantico, Virginia. He holds a master’s degree from the University of Southern Maine and was acknowledged as a distinguished alumnus. Loughlin is the author of Finding Amy, a nonfiction account of the Amy St. Laurent homicide case in 2001. He has authored multiple editorials and magazine articles on the realities of police work.

Kate Clark Flora is the author of 14 mystery and true crime books. Death Dealer, her most recent true crime, was an Agatha and Anthony finalist. And Grant You Peace, a Joe Burgess police procedural, won the 2015 Maine Literary Award for Crime Fiction. Her other titles include the Thea Kozak mysteries and the starred-review Joe Burgess police series. Flora is a founding member of the New England Crime Bake conference and a founder of Level Best Books, where she worked as an editor and publisher for seven years, and has served as the international president of Sisters in Crime. In an earlier life she was an attorney, protecting battered kids and chasing deadbeat dads for the Maine attorney general's office, and representing the Maine Human Rights Commission. Flora teaches writing at Grub Street in Boston.