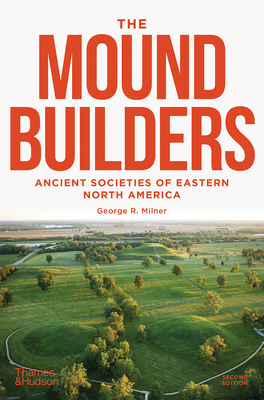 Brought up to date with the latest research, The Moundbuilders is the definitive visual guide to North America’s eastern region and the societies that forever changed its landscape.

Hailed by Bruce D. Smith, curator of North American archaeology at the Smithsonian Institution, as “without question the best available book on the pre-Columbian . . . societies of eastern North America,” this wide-ranging and richly illustrated volume covers the entire prehistory of the Eastern Woodlands and the thousands of earthen mounds that can be found there, built between 3100 BCE and 1600 CE.

The second edition of The Moundbuilders has been brought fully up-to-date, with the latest research on the peopling of the Americas, including more coverage of pre-Clovis groups, new material on Native American communities in the thirteenth to sixteenth centuries CE, and new narratives of migration drawn from ancient and modern DNA. Far-reaching and illustrated throughout, this book is the perfect visual guide to the region for students, tourists, archaeologists, and anyone interested in ancient American history.

George R. Milner is a professor of anthropology at Pennsylvania State University, specializing in the history of eastern North America and human osteology. His previous books include The Cahokia Chiefdom and In the Wake of Contact.