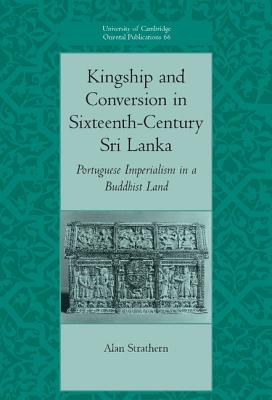 
Usually Ships in 1-5 Days
When the Portuguese arrived on the shores of Sri Lanka in 1506, they opened an era in which religious identity became central to struggles for power on the island. During the reign of King Bhuvanekabahu VII (1521-51), they became the first European empire to dominate Lankan politics. This book sets out to explain the behaviour of the Portuguese and the Sinhalese as their relationship evolved over the century. Topics covered include the nature of Portuguese imperialism and indigenous state power in the earlier decades, the impact of Catholic mission on this Buddhist society and how this was shaped by local principles of caste, land tenure and religious thought, and the issue of identity. It reveals how indigenist, dynastic, and religious loyalties shaped the increasingly violent conflicts of the later decades. The principal concern is the sacred legitimization of kingship: why was Christian monarchy never truly established in Sri Lanka?