The Ancients: Secrets of the old world (Paperback) 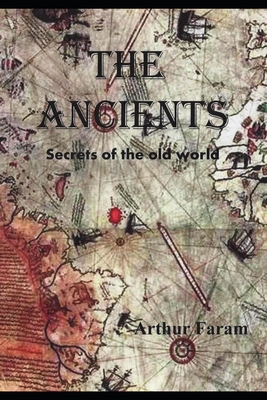 The Ancients: Secrets of the old world (Paperback)


Usually Ships in 1-5 Days
This book takes you into a world where knowledge, spirituality and science come together in a way that only the ancients and the protectors of the ancient ways are aware. This is a world that steps outside the norm and brings to you ancient knowledge and spirituality combined together in ways practiced by the ancients. This knowledge was later suppressed or destroyed by cultures with opposing agendas. This is a philosophy of wisdom and spirituality taught and passed down from the early days of creation.There have been many cataclysms which have intervened in the physical and spiritual development of man. However, throughout these interventions there has always been an entity which has nourished mankind back from oblivion. Evidence of one of these interventions is demonstrated in the chapter titled "The Post-Apocalyptic Birthing Sites".Much of the history revealed in the book you will see for the first time. That is because this history was not available until the rediscovery of the ancient science of Geoglyphology and the invention and research capabilities of the internet. It would be very difficult to understand the history discussed in this book without first understanding the ancient science of Geoglyphology. http: //www.thefaramfoundation.com/geoglyphs.htm Geoglyphology has been used and handed down through secret societies for tens of thousands of years. The facts that "stone age man" was able to project lines, using Geoglyphology, across thousands of miles and connect to their objective, with little or no error, is in total opposition to current teachings. This would suggest that a higher technological capability existed either in, or alongside, ancient cultures.With the recent technology boom much of this previously hidden and ignored information is becoming available to the non-academic community. This book will go back in time and visit many of the artifacts and geoglyphs around the world to present an updated and more complete picture of man's ancient history and spirituality.