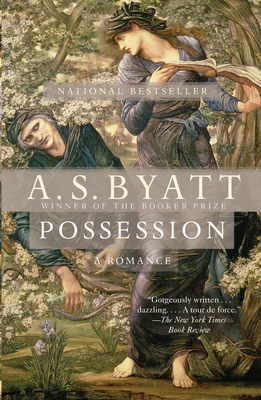 Winner of England’s Booker Prize and a literary sensation, Possession traces the lives of a pair of young academics as they uncover a clandestine relationship between two long-dead Victorian poets. As they unearth their letters, journals, and poems, and track their movements from London to Yorkshire—from spiritualist séances to the fairy-haunted far west of Brittany—what emerges is an extraordinary counterpoint of passions and ideas.
A.S. BYATT is the author of the novels Possession (winner of the Booker Prize in 1990), The Game, and the sequence The Virgin in the Garden, Still Life, and Babel Tower. She has also written two novellas, published together as Angels and Insects, and four collections of shorter works, including The Matisse Stories and The Djinn in the Nightingale's Eye. Educated at Cambridge, she was a senior lecturer in English at University College, London, before becoming a full-time writer in 1983. A distinguished critic as well as a novelist, she lives in London.
“Gorgeously written ... dazzling ... a tour de force.” —The New York Times Book Review

“What a book! This is a novel for every taste.... An altogether magical performance.” —The Washington Post Book World

“A masterpiece of wordplay and adventure, a novel that compares with Stendhal and Joyce.” —Los Angeles Times Book Review

“The most dazzling novel of the year.” —USA Today