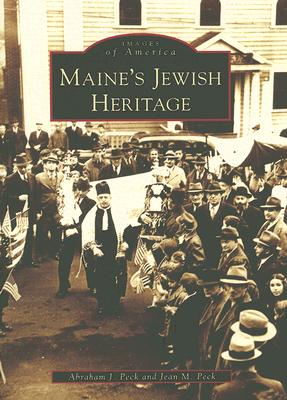 
On Our Shelves Now
According to historian Benjamin Band, the first record of a Jew in Maine concerns Susman Abrams, a tanner who resided in Union until his death at 87 in 1830. Historical records beginning in 1849 also tell of a small Bangor community that organized a synagogue and purchased a burial ground. But it was not until the late 19th century that Jewish communities grew large enough to establish multiple synagogues, Hebrew schools for boys, kosher butcher shops, and Jewish bakeries. Eventually there were Jewish charitable societies, community centers, and social clubs across the state. Now, 150 years later, Jews serve every Maine community in every possible capacity, free from the barriers of social or religious discrimination. This book honors the accomplishments of Maine's Jewish residents.