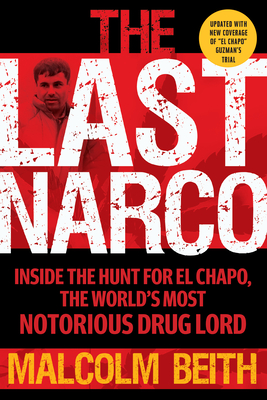 Until 2016, the dense hills of Sinaloa, Mexico, were home to the most powerful drug lord since Pablo Escobar: Joaquin El Chapo Guzman. Guzman was among the word's ten most wanted men and appeared on Forbes magazine's billionaire list. With his massive wealth, his army of professional killers, and a network of informants that reached into the highest levels of government, catching Guzman was considered impossible - until it wasn't.

Newsweek correspondent Malcolm Beith has spent years reporting on the drug wars and followed the chase with full access to senior officials and exclusive interviews with soldiers and drug traffickers in the region, including members of Guzman's cartel. Newly updated with Beith's gripping account of the trial that put Guzman away for life, The Last Narco is essential reading about one of the most dramatic news stories of our day - a true-crime thriller happening in real-time.