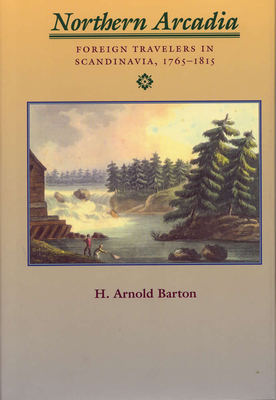 is a comparative study of the accounts of foreign visitors to the Nordic lands during the late eighteenth and early nineteenth centuries.

Before the late eighteenth century, few foreigners ventured as far as Scandinavia. The region seemed a cold hyperborean wilderness and a voyage there a daring adventure. From the mid-1760s on, however, foreigners arrived in the Nordic lands in increasing numbers, leaving numerous accounts that became increasingly popular, satisfying a growing curiosity about regions beyond the traditional grand tour.

The pre-Romantic mood of the period—with its predilection for untamed nature and for peoples uncorrupted by overrefined civilization—further stimulated fascination with the North. European titerati discovered the Nordic sagas, finding them exhilarating, passionate, imaginative, and original. The French Revolution and the ensuing European wars effectively closed off much of the Continent to foreign travel, turning attention to the still neutral northern kingdoms.

Travel literature about Scandinavia thus illuminates the shift in the European intellectual climate from the enlightened rationalism and utilitarianism of the earlier travelers in this period to the pre-Romantic sensibility of those who followed them. In a Europe torn by war and revolution, sensitive souls could find their new Arcadia in the North—at least until the Scandinavian kingdoms themselves became engulfed by the Napoleonic wars after 1805.

brings out contrasts: among the various Nordic lands and regions; among the reactions of travelers of differing nationality; between the earlier as opposed to the later travelers of the time; between native Scandinavian and foreign perceptions of the North; between conditions in Scandinavia and those in other parts of the Western world; between then and now. It incorporates continuity and change, reality and mentality.

H. Arnold Barton is a professor emeritus of history at Southern Illinois University at Carbondale. His earlier publications on the period covered by this book include Count Hans Axel von Fersen: Aristocrat in an Age of Revolution and Scandinavia in the Revolutionary Era, 1760–1815. He is also the author of The Search for Ancestors: A Swedish-American Family Saga and A Folk Divided: Homeland Swedes and Swedish Americans, 1840–1940.