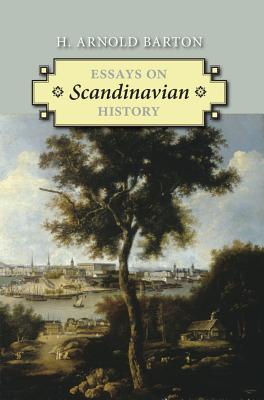 Essays on Scandinavian History examines important aspects of the history of Sweden and its Nordic neighbors between the later eighteenth and the beginning of the twenty-first century. Historian H. Arnold Barton has selected thirteen of the numerous essays he has published over the past forty years on the history of Scandinavia.

This is a companion volume to Barton's The Old Country and the New, an essay collection on Swedish emigration and the Swedes in America. Included here are studies of the special significance of the eighteenth century in Sweden's history and culture, the relationship of King Gustaf III to the eighteenth-century Enlightenment, the impact of the American Revolution in Sweden, and Gustaf III's ambitions in the East Baltic region. Also detailed are the king's early reaction to the French Revolution and his efforts to organize a European coalition to crush it, a reassessment of the reign and internal reforms of Gustaf IV Adolf, and the Swedish succession crises of 1809 and 1810.

In addition, Barton examines the increasing tension between the Pan-Scandinavian movement and the rising Finnish national movement. He deals with the historians of the Danish Agrarian Reforms of 1784-1814, parallel developments in Finland and Norway between 1808 and 1917, the discovery of Norway abroad, Swedish national romanticism, and Sweden's transition from a warfare state to a welfare state, now exemplifying the rational and humane ideals of the twentieth century.

Essays on Scandinavian History highlights important topics in the history of the Scandinavian region, which has remained all too little known outside the Nordic lands themselves, while also offering broader perspectives on Europe since the mid-eighteenth century. Twelve keyed-to-text illustrations, a bibliography of Barton's publications on Scandinavian history, essay endnotes, and an index augment this work.

H. Arnold Barton is a professor emeritus of history at Southern Illinois University Carbondale. His books include, among others, The Old Country and the New: Essays on Swedes and America, A Folk Divided: Homeland Swedes and Swedish Americans, 1840-1940, and Sweden and Visions of Norway: Politics and Culture, 1814-1905. He holds an honorary doctorate from Uppsala University, was made Knight-Commander of the Royal Swedish Order of the Polar Star in 2000, and was named Swedish American of the Year in 1988 by the Royal Swedish Ministry of Foreign Affairs and the Vasa Order of America.