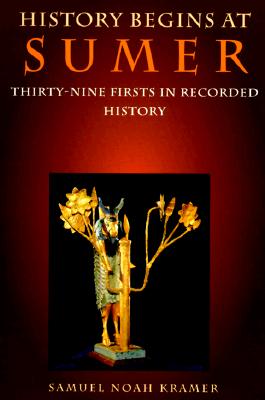 Which civilization had the first system of law? The first formal educational system? The first tax cut? The first love song? The answers were found in excavations of ancient Sumer, a society so developed, resourceful, and enterprising that it, in a sense, created history. The book presents a cross section of the Sumerian "firsts" in all the major fields of human endeavor, including government and politics, education and literature, philosophy and ethics, law and justice, agriculture and medicine, even love and family.

History Begins at Sumer is the classic account of the achievements of the Sumerians, who lived in what is now southern Iraq during the third millennium B.C. They were the developers of the cuneiform system of writing, perhaps their greatest contribution to civilization, which allowed laws and literature to be recorded for the first time.

Samuel Noah Kramer was Clark Research Professor Emeritus of Assyriology at the University of Pennsylvania, where he was also Curator Emeritus of the Tablet Collections.