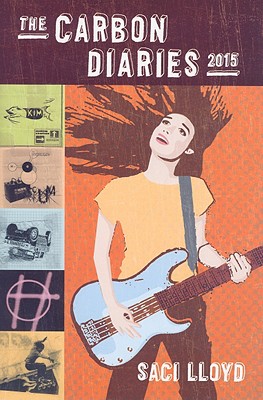 Out of Print
It's the year 2015, and global warming is ravaging the environment. In response, the United Kingdom mandates carbon rationing. When her carbon debit card arrives in the mail, sixteen-year-old Laura is just trying to handle the pressure of exams, keep her straight-X punk band on track, and catch the attention of her gorgeous classmate Ravi. But as multiple natural disasters strike and Laura's parents head toward divorce, her world spirals out of control. With the highest-category hurricane in history heading straight toward London, chronicling the daily insanity is all Laura can do to stay grounded in a world where disaster is the norm.
Saci Lloyd has worked as a script editor for Camouflage Films, where she was involved in several projects including a $20m Columbia Tri-Star co-production, Amy Foster. She is now head of Media at Newham Sixth Form College