Russian Nationalisms Since 1856: Ideology and the Making of Foreign Policy (Paperback) 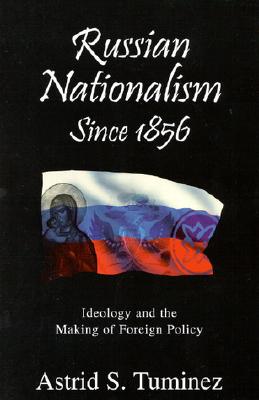 Russian Nationalisms Since 1856: Ideology and the Making of Foreign Policy (Paperback)


Special Order
Many scholars and analysts see Russian nationalism as a dangerous force, but is widespread concern about the malevolent effects of Russian nationalism-especially on foreign policy-justified? What is the record of nation-building in Russia, and how did nationalism evolve in the multiethnic, Russian empire? What variants of nationalist ideology have been propagated in Russia, and what are their benign or aggressive implications for foreign policy? What triggers the articulation of aggressive nationalism, and what factors facilitate its influence on Russian foreign policy? What Western actions might help or hinder the impact of aggressive nationalism on Russian international behavior? This thoughtful book answers these questions by exploring the range of nationalist ideas that have been propagated in Russia since 1856. Drawing on a wide range of archival documents and unparalleled interview material from the post-Soviet period, Astrid S. Tuminez analyzes two cases_Russian panslavism in 1856-1878 and great power nationalism in 1905-1914_when aggressive nationalist ideas clearly influenced Russian foreign policy and contributed to decisions to go to war. Yet not all forms of nationalism have been malevolent, and the author assesses competing nationalist ideologies in the post-Soviet period to clarify the conditions under which a particularly belligerent nationalism could flourish and influence Russian international behavior. With its implications for U.S.DRussian relations, this study will be essential reading for policymakers and Russia scholars alike.
Astrid S. Tuminez is senior research associate with the U.S. Institute of Peace.