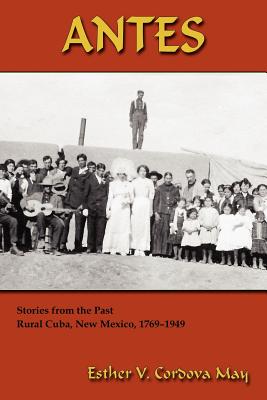 By Esther V. Cordova May

Cuba, New Mexico, was first settled in 1769. Originally known as Nacimiento, it was located on the northwestern edge of the Spanish Colonial Empire. It was very isolated and the people who settled Cuba seldom travelled to other areas due to the lack of roads and long distances between settlements. As a consequence, Cuba retained many of the traditions, practices and archaic language of the early Colonial Period until the mid-twentieth century. Only after World War II did this village emerge from its Colonial traditions and begin to acquire more modern amenities and practices. Different from many other small towns, it did not change because of outside forces but mostly because of the actions of people who had been away during World War II and came back wanting what they had experienced elsewhere. "Antes" is the Spanish word for "before." When used by itself in casual conversation, it always refers to the way things were before the end of World War II. This book contains descriptions and photographs of the practices and activities of the people of Cuba in that earlier time.