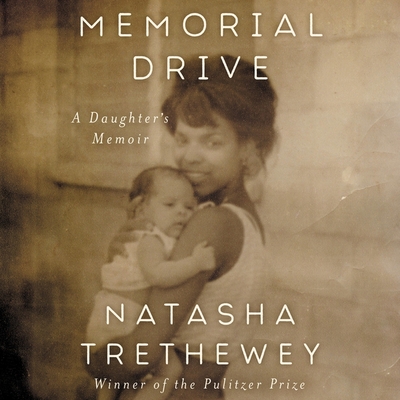 By Natasha Trethewey (Read by)

“Natasha Trethewey was 19 when her mother was murdered by her stepfather in 1985. For decades, she hid the event, and memories of her mother, in the recesses of her mind while she went on to win a Pulitzer Prize and become the Poet Laureate of the United States. Now, decades later, she opens herself up to her past to produce a harrowing yet beautiful memorial.”
— Mike Hare, Northshire Saratoga, Saratoga Springs, NY

A chillingly personal and exquisitely wrought memoir of a daughter reckoning with the brutal murder of her mother at the hands of her former stepfather, and the moving, intimate story of a poet coming into her own in the wake of a tragedy At age nineteen, Natasha Trethewey had her world turned upside down when her former stepfather shot and killed her mother. Grieving and still new to adulthood, she confronted the twin pulls of life and death in the aftermath of unimaginable trauma and now explores the way this experience lastingly shaped the artist she became.

With penetrating insight and a searing voice that moves from the wrenching to the elegiac, Pulitzer Prize-winning poet Natasha Trethewey explores this profound experience of pain, loss, and grief as an entry point into understanding the tragic course of her mother's life and the way her own life has been shaped by a legacy of fierce love and resilience. Moving through her mother's history in the deeply segregated South and through her own girlhood as a "child of miscegenation" in Mississippi, Trethewey plumbs her sense of dislocation and displacement in the lead-up to the harrowing crime that took place on Memorial Drive in Atlanta in 1985.

Memorial Drive is a compelling and searching look at a shared human experience of sudden loss and absence but also a piercing glimpse at the enduring ripple effects of white racism and domestic abuse. Animated by unforgettable prose and inflected by a poet's attention to language, this is a luminous, urgent, and visceral memoir from one of our most important contemporary writers and thinkers.