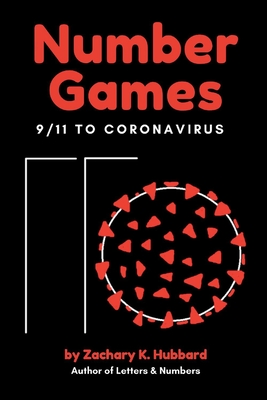 
Usually Ships in 1-5 Days
Number Games | 9/11 to Coronavirus was written for the purpose of educating the people of the world about the agendas that are being carried out against us, and the very clear plan that went into motion in 1968, when coronavirus was coined, World Trade Center construction in New York began, and 9-1-1 was made the United States' national emergency dialing code. As the reader will learn, these agendas, as well as many others that are related, have been executed by a numerical code, known as Gematria, and they are for the sake of building a surveillance state across the world, so that powerful interests can peer into and keep tabs on the lives of the masses, for the sake of continued power and control. Number Games | 9/11 to Coronavirus also names the parties responsible, with definitive evidence. To put it mildly, this is the type of book that the Vatican wishes was locked away in one of their vaults, but fortunately for the reader, it is not.
Zachary K. Hubbard is an elementary school teacher, who since 2013 has been educating about Gematria, the ancient and occult practice of coding number into words, and how the code of Gematria is used every single day by mainstream media and governments to contrive news, and with it, agendas that shape the world we live in. His inspiration to learn this code came on September 11, 2001, when as a freshman in college, he witnessed the biggest lie ever told, and he promised himself that he would expose the lie for what it is, and those responsible. Since 2013, he has not only been helping people see through mainstream propaganda, but he has also been helping them win considerable sums of money in the world of sports and stocks, because as he has proven, those things are rigged by the Gematria code, no different than the news, and they are all being contrived together, and all by the same entity. As he'd tell you, it is no coincidence that after 9/11 and the Patriot ACT came the emergence of the New England Patriots, led by Tom Brady, a man who runs a 40 yard dash slower than most grandmothers. To date, he has authored two books, Letters & Numbers (2018), and Number Games, 9/11 to Coronavirus (2020). He has also created over 10,000 YouTube videos on the subject and over 30,000 blog posts, many of which have been censored by Google and Big Tech, as well as companies such as Etsy.