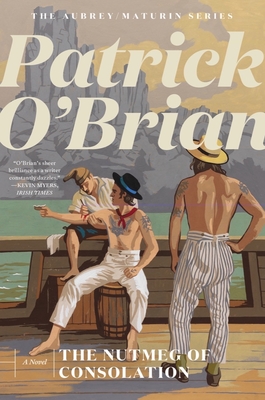 This is book number 14 in the Aubrey/Maturin Novels series.

"[The series shows] a joy in language that jumps from every page…You're in for a wonderful voyage." —Cutler Durkee, People

Shipwrecked on a remote island in the Dutch East Indies, Captain Aubrey, surgeon and secret intelligence agent Stephen Maturin, and the crew of the Diane fashion a schooner from the wreck. A vicious attack by Malay pirates is repulsed, but the makeshift vessel burns, and they are truly marooned. Their escape from this predicament is one that only the whimsy and ingenuity of Patrick O'Brian—or Stephen Maturin—could devise.

In command now of a new ship, the Nutmeg, Aubrey pursues his interrupted mission. The dreadful penal colony in New South Wales, harrowingly described, is the backdrop to a diplomatic crisis provoked by Maturin's Irish temper, and to a near-fatal encounter with the wildlife of the Australian outback.

One of our greatest contemporary novelists, Patrick O’Brian is the author of the twenty volumes of the best-selling Aubrey/Maturin series, as well as many other books, including Testimonies, The Golden Ocean, The Unknown Shore, and biographies of Joseph Banks and Picasso.
O'Brian's sheer brilliance as a writer constantly dazzles.
— Kevin Myers - Irish Times

Pure gold. . . . O’Brian is a man whose books you would dare to give to Sterne; whose conversation would have delighted Coleridge. It is his misfortune, but our great good luck, that he is our contemporary, and not theirs.
— William Waldegrave - Daily Telegraph