The Fallen (An Enemy Novel #5) (Paperback) 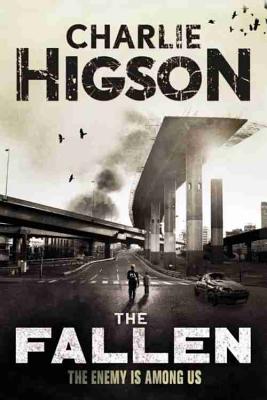 The Fallen (An Enemy Novel #5) (Paperback)

This is book number 5 in the An Enemy Novel series.

The Enemy is among us . . .First the sickness rotted the adults' minds. Then their bodies. Now they stalk the streets of London, hunting human flesh.

The Holloway crew are survivors. They've fought their way across the city and made it to the Natural History Museum alive--just barely. But the fight will never end while the Enemy lives, unless there's another way. . .

The kids at the museum are looking for a cure. All they need are medical supplies. To get them they must venture down unfamiliar streets, where it isn't only crazed, hungry sickos who lurk in the shadows.
In this fifth terrifying entry in Charlie Higson's Enemy series, suddenly it's not so clear who--or what--the enemy is.
Charlie Higson is an acclaimed comedy writer, producer, actor, and genuine James Bond aficionado. He is the author of the adult thrillers Full Whack and King of the Ants the internationally best-selling Young Bond series: SilverFin, Blood Fever, Double or Die, Hurricane Gold, and By Royal Command and six books in the Enemy series.Charlie is a fan of zombie movies and believes that we shouldn't try to prevent young people from experiencing fear, because it helps prepare them for later life. When writing The Enemy, he kept rachetting up the action and description in an attemptto frighten the pants off his ten-year-old son. He lives in London. Follow him on Twitter at: twitter.com/monstroso.
PRAISE FOR THE ENEMY


The Enemy grabs you by the throat . . . and bites off your ear. It's kids versus zombies and no one is playing nice. The action--and boy, is there action--takes us through a London transformed by the unexplained illness that has turned every adult into a shuffling, drooling, kid-crunching machine. Bonus: zombie royals. Sheer fun."
—Michael Grant, author of the Gone series


"...the action is of the first order-Higson writes with a firestorm velocity that inspires to the sweeping reach of Stephen King's The Stand."
—ALA Booklist


"Lord of the Flies with zombies...tons of nail-biting action."
—Rick Riordan

PRAISE FOR THE DEAD

PRAISE FOR THE FEAR

PRAISE FOR THE SACRIFICE

"Death, religion, friendship, survival, power, politics, and fear are explored throughout this installment. The storylines run full speed ahead in this horrifying page-turner. The solid writing is, at times, brilliant . . .The unanswered questions will prime readers for the next in the series."—VOYA