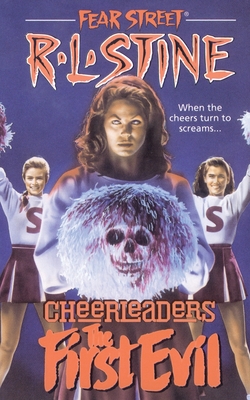 Newcomers Corky and Bobbi Corcoran want more than anything to make the cheerleading squad at Shadyside High. But as soon as the Corcoran sisters are named to the team, terrible things happen to the cheerleaders.

The horror starts with a mysterious accident near the Fear Street cemetery. Soon after, piercing screams echo through the empty school halls. And then the ghastly murders begin...

Can Corky and Bobbi stop the killer before the entire cheerleading squad is destroyed?
R.L. Stine invented the teen horror genre with Fear Street, the bestselling teen horror series of all time. He also changed the face of children’s publishing with the mega-successful Goosebumps series, which went on to become a worldwide multimedia phenomenon. Guinness World Records cites Stine as the most prolific author of children’s horror fiction novels. He lives in New York City with his wife, Jane, and their dog, Nadine.