How to Be Danish: A Journey to the Cultural Heart of Denmark (Hardcover) 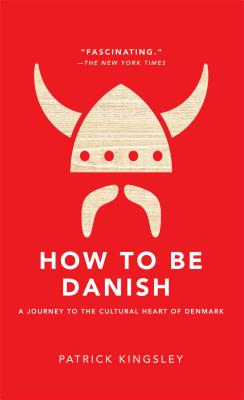 How to Be Danish: A Journey to the Cultural Heart of Denmark (Hardcover)


Usually Ships in 1-5 Days
Part reportage, part travelogue, this is a fascinating introduction to contemporary Danish culture for anyone who wants to know more about the happiest nation in the world. Denmark is the country of the moment. The motherland of Borgen and The Killing, it's the runaway champion of Eurovision, and home to Noma, the world's most eccentric restaurant. But though we wear their sweaters and read their thrillers, how much do we really know about the Danes themselves? Part reportage, part travelogue, How to be Danish fills in the gaps - an introduction to contemporary Danish culture that spans politics, television, food, architecture and design. Welcome to the happiest country in the world.
Patrick is the Egypt correspondent for The Guardian, having been a feature writer for the newspaper for two years. He also freelances for magazines who don't directly compete with the mother-ship. In January 2012, MHP named him one of the top five young journalists to watch, while in 2009 he was journalist of the year at the Guardian Student Media Awards. Patrick's work has also appeared in Wired, Time Out, Daily Mail and the Sunday Times, and he has a first in English from Cambridge University, where he edited the main student weekly, Varsity. He now lives in Cairo.

“A brilliant introduction to the coolest country in Europe."
-Trine Kjaer

“Kingsley is an eloquent and inquiring observer.”

"Patrick Kingsley’s introduction to Denmark...makes fascinating cultural connections between everything from the Nordic food revolution to Danish modern design and the Muhammad cartoon controversy."