Such a Good Girl (Hardcover) 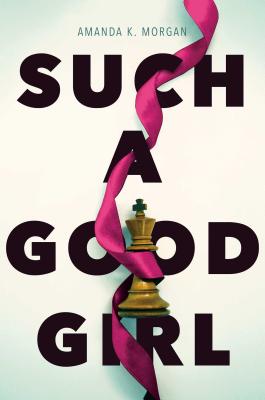 Such a Good Girl (Hardcover)


On Our Shelves Now
Pretty Little Liars meets Luckiest Girl Alive in this riveting novel about a practically perfect girl who is willing to do anything to make sure it stays that way. Absolutely anything.

Things to know about Riley Stone:

Riley Stone is just about perfect. (Ask anyone.)
She has a crush on her French teacher, Alex Belrose. (And she suspects he likes her, too.)
Riley has her entire life planned out. (The plan is nonnegotiable.)
She’s never had a secret she couldn’t keep. (Not ever.)
Riley is sure that her life is on the right track. (And nothing will change that.)
She’s nothing like a regular teenager. (But she doesn’t have any problem admitting that.)
Riley doesn’t usually play games. (But when she does, she always wins.)

She thinks a game is about to start…
But Riley always has a plan…
And she always wins.
Amanda K. Morgan lives in Nashville, Tennessee. She is the author of After Hours under the name Claire Kennedy as well as Secrets, Lies, and Scandals and Such a Good Girl.