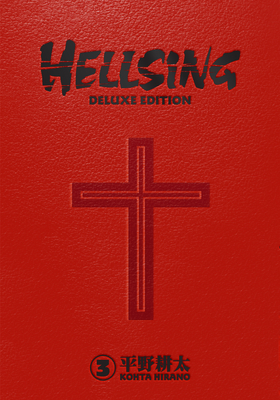 The Hellsing Organization is under siege by the undead Nazi army of the Millennium Project, who are turning the streets of London into rivers of blood and the citizenry into a legion of abominations. And with this murderous conflict at a fever pitch, the Vatican sees an opportunity to take down both Millennium and Hellsing in one swift stroke!

Collects Hellsing chapters 28-62 from Hellsing volumes 5-8.
Kouta Hirano is a Japanese manga artist born in Tokyo, Japan, most famous for his manga Hellsing and Drifters.