The Royal Society: And the Invention of Modern Science (Hardcover) 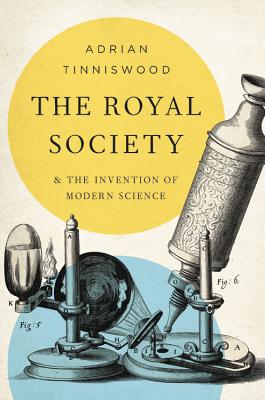 The Royal Society: And the Invention of Modern Science (Hardcover)

By Adrian Tinniswood
List Price: $26.00
Our Price: $25.00
(Save: $1.00 4%)
On Our Shelves Now
An engaging new history of the Royal Society of London, the club that created modern scientific thought

Founded in 1660 to advance knowledge through experimentally verified facts, The Royal Society of London is now one of the preeminent scientific institutions of the world. It published the world's first science journal, and has counted scientific luminaries from Isaac Newton to Stephen Hawking among its members. However, the road to truth was often bumpy. In its early years-while bickering, hounding its members for dues, and failing to create its own museum-members also performed sheep to human blood transfusions, and experimented with unicorn horns. In his characteristically accessible and lively style, Adrian Tinniswood charts the Society's evolution from poisoning puppies to the discovery of DNA, and reminds us of the increasing relevance of its motto for the modern world: Nullius in Verba-Take no one's word for it.

Adrian Tinniswood is senior research fellow in history at the University of Buckingham and the author of the forthcoming Behind the Throne as well as New York Times bestselling The Long Weekend and The Verneys, which was shortlisted for the Samuel Johnson Prize. Tinniswood has contributed to the London Times, the New York Times,History Today, BBC History Magazine, and The Literary Review, as well as television and radio programs in the US and UK. He was awarded an OBE for services to heritage by her majesty, the Queen, and lives in Bath, England.

"Tinniswood captures superbly the intellectual and political ferment leading up to the society's foundation and the achievements of its early years."—Financial Times

"As a work of scientific history, this book contains many gems...It is hard not to take pride, by the end, in the eccentric and inspiring story of a great British institution that is still going strong."—Telegraph

"Engaging...Lovers of science and history alike will enjoy The Royal Society-this slim volume packs a wealth of entertaining information about these enterprising men and their research."—Shelf Awareness

"A simple, delightful book on the Royal Society of London, its members, and accomplishments...Tinniswood's writing is scientifically clear, organized, and crisp, making this short book a wealth of information as well as a pleasant read."—Kirkus