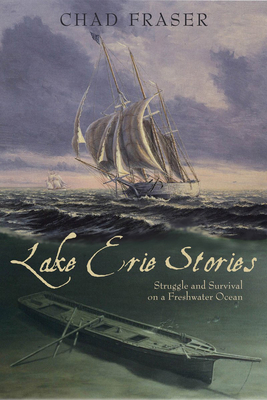 Most people think of Lake Erie, the shallowest and second smallest of the Great Lakes, as a sun-drenched, nearly tropical retreat. But it is so much more; mysterious, unpredictable, and known by mariners for its sudden violent weather and dangerous shoals, Lake Erie has been the stage for some of the most dramatic events ever to occur on the North American continent. From the earliest explorations of First Nations and French adventurers to the brazen rumrunners of the Prohibition era and beyond, this fascinating book takes the reader inside the remarkable personalities and harrowing events that have shaped the lake and the towns and cities that surround it. Based on thorough research, extensive travels, and firsthand accounts from the people who have lived, worked and made their names on the lake, Lake Erie Stories takes a fresh look at the history of what may be the most colourful of all the Great Lakes.

Chad Fraser was born in Leamington, Ontario, on the shores of Lake Erie. An experienced non-fiction book editor and an avid paddler and hiker, he fell in love with the lake at an early age and has spent much of his life exploring its sandy beaches, diverse communities and remote islands.