Bibliophilia: An Epistolary Novel of One Man's Obsession with Book Collecting (Paperback) 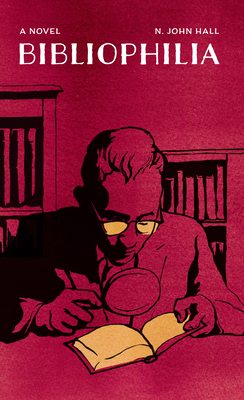 Bibliophilia: An Epistolary Novel of One Man's Obsession with Book Collecting (Paperback)

A thriller for book collectors. "Bibliophiles will enjoy Hall's cleverly fictionalized exploration of literary history and the thrill of seeking bookish treasures." --Booklist

Flush with $400,000 from the sale of his great-great-grandfather's correspondence with Victorian authors, Larry Dickerson, our unassuming retired bank clerk, amateur editor, and literary neophyte, needs a creative outlet for his newly acquired wealth and fast escalating obsession with all things bookish. His journey begins with collecting rare editions of Victorian novelists but spirals rapidly to New Yorker authors, his determination to acquire growing with each new purchase. James Thurber, E.B. White, Vladimir Nabokov, J.D. Salinger, and Dorothy Parker all find their way onto Larry's shortlist, standing along previously acquired greats Trollope, Dickens, Thackeray, and Hardy. Being sensible, he approaches the biggest names in the rare book field with childish glee, and with refreshing brashness, finds himself handling copies of authors' most coveted titles, touring the New Yorker offices, and then involved in one of the biggest scandals book collecting has ever seen. Will the thrill of the chase overwhelm Larry's ability to see reason? Will his appetite outpace his resources? Join him on this journey as he discovers just how far he's willing to take his obsession.