Finding Amy: A True Story of Murder in Maine (Hardcover) 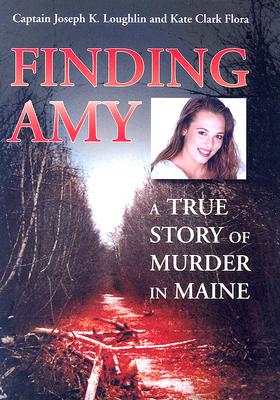 Finding Amy: A True Story of Murder in Maine (Hardcover)


Special Order
Combining the drama of a true crime story with the detail of a police procedural, Finding Amy chronicles the investigation into one of the most shocking murders in recent Maine history. Twenty-five-year-old Amy St. Laurent was attractive, intelligent, and responsible. One October evening, she went out to show a friend from Florida the exciting nightlife of Portland's Old Port section. She played pool. She danced. And then she disappeared. The police investigation into her murder riveted the state of Maine for months.
This inside account of the investigation alternates between Kate Clark Flora's objective tale of dedicated police work and the dramatic recollections of then-Lieutenant Joseph K. Loughlin, who oversaw the case. From the first call to a Portland detective about a missing woman to the police's growing certainty that she had been murdered, from the heroic efforts to locate the body to the flight from Maine of their chief suspect, and from the painstaking work of collecting evidence and building a case to the struggles over jurisdictional questions to the twists and turns of the eventual trial, Finding Amy is a dramatic story of brutal murder and exemplary police work.