Wallenberg: The Incredible True Story of the Man Who Saved the Jews of Budapest (Paperback) 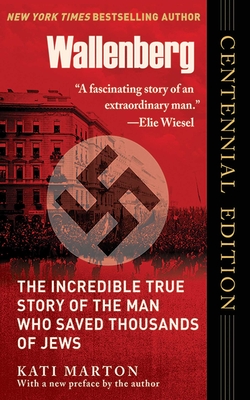 Wallenberg: The Incredible True Story of the Man Who Saved the Jews of Budapest (Paperback)


Usually Ships in 1-5 Days
“A fascinating story of an extraordinary man. Kati Marton’s book should be read by anyone wishing to know what could have been done to save Jewish lives if more people had cared.”—Elie Wiesel

A fearless young Swede whose efforts saved countless Hungarian Jews from certain death at the hands of Adolf Eichmann, Raoul Wallenberg was one of the true heroes to emerge during the Nazi occupation of Europe.

He left a life of privilege and, against staggering odds, brought hope to those who had been abandoned by the rest of the world.

For students of history of the holocaust, or for anyone who wants to read a story of true heroism in the face of evil, here is the gripping, passionately written biography of the courageous man who displayed extraordinary humanity during one of history’s darkest periods.