The Cat Who Taught Me How to Fly: An Arab Prison Novel (Arabic Literature and Language) (Paperback) 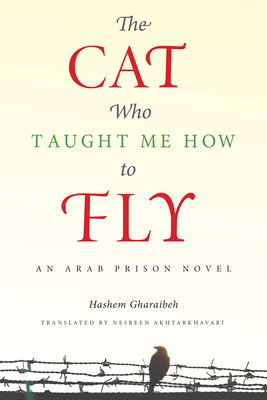 The Cat Who Taught Me How to Fly: An Arab Prison Novel (Arabic Literature and Language) (Paperback)

In his masterpiece The Cat Who Taught Me How to Fly, Hashem Gharaibeh tells the moving story of a political prisoner during Jordan’s martial law era, which spanned from 1967 to 1989. Gharaibeh defies the taboos of politics, sex, and religion to tell a thrilling and brutally honest story about the horrors and insanities of everyday life in an Arab prison. At once both a novel and an autobiography, the author draws from his own experiences as a Jordanian youth arrested and imprisoned for nearly a decade for his affiliation with the Jordanian Communist Party. The novel uniquely portrays prison culture intertwined with tribal, ideological, and political perspectives to explain both mundane and esoteric aspects of prison life in this time and era, illustrating an experience that is traumatic, humane, and inspiring. A heartwrenching story of learning, survival, and the quest for the freedom of thought is told with powerful defiance and grace, exposing us to human frailty, strength, and one man’s dream to soar beyond the walls of prison, society, and self.

Hashem Gharaibeh is a prolific Jordanian writer and a member of the Jordanian Writers Society. He has received a number of awards, including the Jordanian Writer Society’s Mahmoud Saif al-Deen al-Irani award for short stories in 1990, Arab Pioneer’s Shield for his literary contribution from the Arab League in 2000, and Nazal Award from the Amman Municipality in 2008.

Nesreen Akhtarkhavari is Associate Professor of Arabic Language and Culture and the director of Arabic Studies at DePaul University, where she teaches Arabic literature, film, culture, media, and translation. She cotranslated Desert Sorrows, recognized by World Literature Today as one of the seventy-five top translations for 2015, and the first-ever English translation of Rumi’s Arabic poems, Love Is My Savior: The Arabic Poems of Rumi.

“This is a genuine novel. It presents the experience of political prisoners without embellishment, realistically revealing the intensity of torture, oppression, and agony that the prisoners face with shocking honesty and bold intensity. Gharaibeh seamlessly merges his political experience with that of ordinary people and provides us with a human encounter that deserves to be read and celebrated on a global scale.”
—Sameer Qatami, member of the Jordanian Writer’s Society and former Professor of Arabic Literature, University of Jordan