Snow: A History of the World’s Most Fascinating Flake (Hardcover) 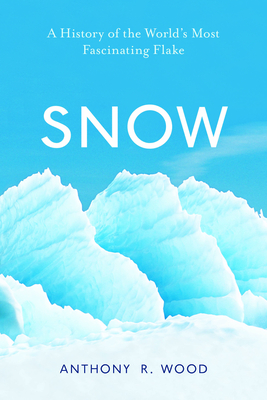 Snow: A History of the World’s Most Fascinating Flake (Hardcover)


On Our Shelves Now
The complete story of snow, this is the first book to fully examine snow as a historical, cultural, and scientific phenomenon.

From "Winter Wonderland" to "Snowmageddon," we've had a long, love-hate relationship with snow. This entertaining look at snow in all its delightful and fearsome manifestations delves into science, history, economics, and popular culture to examine snow's enduring hold on the imagination.

Through profiles and anecdotes, the author discusses the reactions throughout history to snowfall. Snow, beautiful and magical, was sometimes considered one of nature's blessings. But then it was also a nuisance needing to be managed and moved, and worse, a terrifying, sometimes-crippling catastrophe to be battled. Blizzards and high-volume snowfall presented a serious obstacle to progress, travel, growth, and industry.

Readers will learn about the making and removing of snow, the psychology of winter, and the history of snow in literature, art, and popular culture. The author also summarizes the current scientific understanding of major winter weather events and what is known about the complex interplay between the jet stream and the Gulf Stream. Despite sophisticated computer modeling, accurate forecasting is still a challenge.

Finally, the book considers the impact of global warming on snowfall and the potential for causing a water crisis in the West and major losses in the winter recreation industry.

Whether you look forward to months on the ski slopes or loathe the effects of winter on your daily commute, you'll come away from this book with a new appreciation for this amazing and important natural phenomenon.
In more than thirty years as a staff writer for the Philadelphia Inquirer, Anthony R. Wood has written on many and varied subjects, including taxes, coastal development, and the Gulf Stream. He is currently the policy and solutions editor at Philadelphia Media Network, publisher of the Philadelphia Inquirer, Daily News, and philly.com. His specialties, however, have been climate and weather. He has been nominated for the Pulitzer Prize four times and won numerous awards, including a National Association of Science Writers award for a newspaper series and a Society of Professional Journalists award for environmental writing. He writes frequently about weather, and his weather columns have long been a popular philly.com feature.