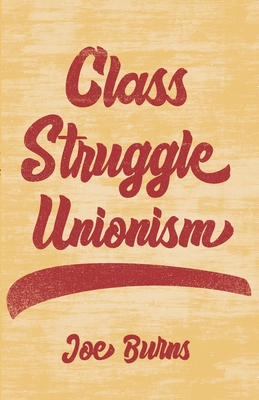 For those who want to build a fighting labor movement, there are many questions to answer. How to relate to the union establishment which often does not want to fight? Whether to work in the rank and file of unions or staff jobs? How much to prioritize broader class demands versus shop floor struggle? How to relate to foundation-funded worker centers and alternative union efforts? And most critically, how can we revive militancy and union power in the face of corporate power and a legal system set up against us?

Class struggle unionism is the belief that our union struggle exists within a larger struggle between an exploiting billionaire class and the working class which actually produces the goods and services in society. Class struggle unionism looks at the employment transaction as inherently exploitative. While workers create all wealth in society, the outcome of the wage employment transaction is to separate workers from that wealth and create the billionaire class. From that simple proposition flows a powerful and radical form of unionism. Historically, class struggle unionists placed their workplace fights squarely within this larger fight between workers and the owning class. Viewing unionism in this way produces a particular type of unionism which both fights for broader class issues but is also rooted in workplace-based militancy.

Drawing on years of labor activism and study of labor tradition Joe Burns outlines the key set of ideas common to class struggle unionism and shows how these ideas can create a more militant, democratic and fighting labor movement.

Joe Burns is a veteran union negotiator and labor lawyer with over 25 years experience negotiating labor agreements. He is currently the Director of Collective Bargaining for the Association of Flight Attendants, CWA. He graduated from the New York University School of Law. Prior to law school he worked in a public sector hospital and was president of his AFSCME Local. He is the author of Strike Back: Rediscovering Militant Tactics to Fight the Attacks on Public Employee Unions and Reviving the Strike: How Working People Can Regain Power and Transform America.