A Walk Through the Hills of the Osage (Paperback) 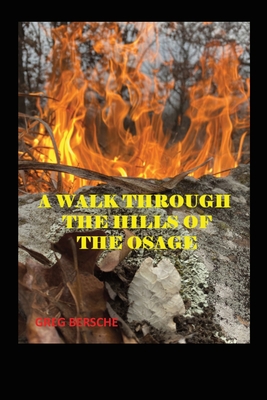 A Walk Through the Hills of the Osage (Paperback)


Usually Ships in 1-5 Days
The hills of the Osage lie within an area of transition between the eastern deciduous forests of the Ozarks and the tallgrass prairie of the western high plains. This region, known as the "Cross Timbers," was largely shaped by the effects of fire. The history that resonates here has been written by the Native American, rogue outlaw, Civil War soldier, and the early pioneer. These hills were once covered by a shallow sea and were tread upon by giant mammoths followed by grizzly bear, wolves and bison. From this rich history has arisen the legends and lore that still today follow those that walk through the hills of the Osage. Greg Bersche was born in 1960 in Bartlesville, Oklahoma where he was raised until attending Oklahoma State University in 1979. He graduated in 1983 with a degree in Wildlife Ecology. The author worked as a Federal Park Ranger for 35 years in Montana and throughout Oklahoma. He also served as director of the Royal Ambassadors (RA) Program from 2003 - 2020 at Lakeview Southern Baptist Church in Skiatook, Oklahoma. Based on his RA ministry, the author has previously published another book titled Christ In Wildness, an instructional manual for teaching young boys primitive outdoor skills as a Christian ministry.