The True Story of Noah: Discovering Where the Ark Came to Rest (Paperback) 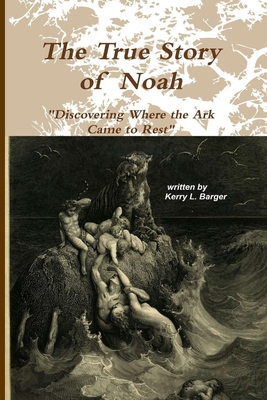 The True Story of Noah: Discovering Where the Ark Came to Rest (Paperback)

The True Story of Noah: Discovering Where the Ark Came to Rest explores the origins of this well known biblical story from a unique angle. Using related literature and information provided, Barger probes further to understand the likeliest resting spot of the ark. In the process, he provides a deluge of enriching historical information that revolves around the life of Noah and the origins of man. Barger's discourse is intriguing and would particularly spark engaging conversation in a college humanities lecture. Although the text can be a bit dry, references to many familiar figures from creation myths and stories, such as The Epic of Gilgamesh, will keep the reader involved. Nevertheless, it is imperative to understand that this book is just as much about the story of how Noah came to be as it is about the final resting spot of the ark. Ultimately, the extensively detailed journey from what is essentially the beginning of mankind to the birth of Noah is necessary to understand the direction of Noah's life and why he was perceived to be made from the likeness of the gods. Barger's research uses documented dimensions in cubit units of the ark and converts them into feet. He discovers the ark to be roughly 600 feet long and 100 feet wide, which is approximately similar to the size of the scar that is visible on the Hill of Salvation near the ancient city of Shuruppak. Before delving into Noah's life, the author takes readers on an imaginary journey beginning with the search for the first man, Adam, in 5500 B.C. This first scene shows mankind at its most primitive and has the feel of the Congo jungle scenes in Joseph Conrad's Heart of Darkness. Later in the journey, yet prior to Noah's existence, readers will encounter the city of Eridu, the Enki priests and temples, and the biblical figures that form Noah's heritage. Interestingly, the author references theories that Noah may have been an albino, whose white skin made society think he was made in the likeness of the gods. The concept of white being superior to black, the story suggests, is deep rooted to ancient times. Overall, Barger ties in passages from popular narratives like The Epic of Gilgamesh and references experts of ancient literature to dig deeper and present parallels and unique insight. For serious readers of the humanities who have a passion for ancient, biblical history and how it came to be, Barger's story is a worthwhile read. --The U.S. Review.