The King of Elfland's Daughter (Paperback) 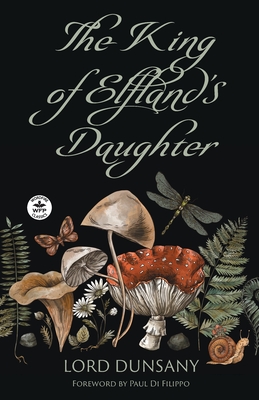 The King of Elfland's Daughter (Paperback)

Before the fellowships and wardrobes and dire wolves...

...there was the village of Erl and the Kingdom of Elfland.

Considered formative to the development of the fairy tale and high fantasy subgenres, The King of Elfland's Daughter follows Alveric, who leaves home on a quest with a few basic instructions: locate the Princess Lirazel in Elfland, convince her to return to Erl and marry him, and together produce the first magical Lord of Erl.

But what happens when a village gets exactly what it asked for?

How does an elf learn to live as a human?

Is love lost once, lost forever?

The people of Erl are about to find out.

Take a walk through the fields we know and see if you can spot the pale-blue peaks of the Elfland Mountains. Fans of J.R.R. Tolkien, C.S. Lewis, and Neil Gaiman will adore Lord Dunsany's influential 1924 classic as much as those authors themselves did.