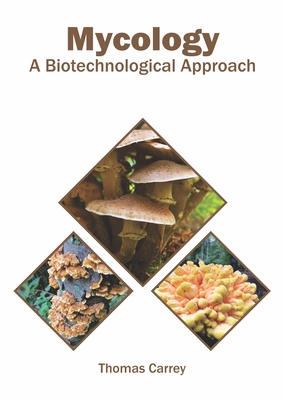 
Usually Ships in 1-5 Days
Mycology is a field of biology which is concerned with the study of fungi, including all aspects of their taxonomy, use, and biochemical and genetic properties. Fungi are eukaryotic heterotrophic organisms which acquire food by absorbing dissolved molecules, usually by secreting digestive enzymes into their environment. Many fungi produce toxins, antibiotics and other metabolites. For centuries mushrooms have been part of folk medicine in several parts of the world. Research focused on the investigation of the hypoglycemic activity of mushrooms, as well as their anti-pathogenic, immune-enhancing and anti-cancer activity is being actively pursued. Fungi can also break down complex organic biomolecules, pollutants and polycyclic aromatic hydrocarbons. Certain fungi, such as oomycetes and myxomycetes cause diseases in plants and animals. However, there are many fungal species which also control plant diseases caused by different pathogens. This book includes some of the vital pieces of work being conducted across the world, on various topics related to mycology. The objective of this book is to give a general view of this field and its applications. It aims to serve as a resource guide for students and experts alike and contribute to the growth of this discipline.