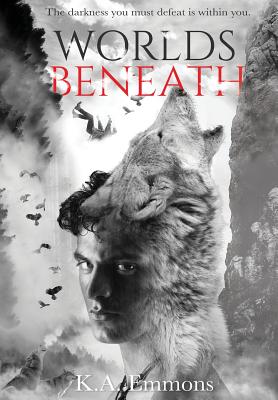 I used to think that seeing was believing, but now, as I struggle to stay alive below the ravine, I begin to realize that - good or bad - I will see whatever I believe.
"Who are you, Icarus, that the earth opens its mouth to receive your blood?" Sensei's words were my last thoughts before I fell into the bottomless ravine, plunging toward my own death, and bringing about Hawk's at the same time. Or so I thought.
I woke up underwater. I awoke in a strange and unfamiliar world, filled with maze-like forest, shadows, and nightmares seemingly as vivid and dangerous as reality. I had no idea who I was, or how I got there - I couldn't remember anything, until I remembered her: Hawk. The other half of my soul.
I knew that in order for her to stay alive, I had to survive and find a way out. But that's easier said than done when you're trapped in a realm as deadly as your every thought - and dominated by a hierarchy of ravenous wolf packs.
Alerted by a dream, I realize that Hawk has left the Dimension to come find me. For an instant, I rediscover hope. But that hope quickly burns to ash when I realize that we may not be the only ones down here. Someone else with a thirst for her blood may have survived the fall too. And I may have just lured her right into the jaws of a predator even fiercer than the wolves.