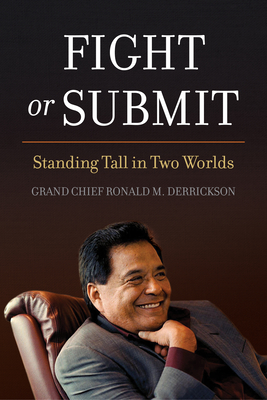 From the award-winning author of Unsettling Canada: A National Wake-Up Call and The Reconciliation Manifesto: Recovering the Land, Rebuilding the Economy comes an inspiring memoir of poverty, hard work, and incredible business success.

In the opening to his memoir, Grand Chief Ron Derrickson says his "story is not a litany of complaints but a list of battles" that he has fought. And he promises he will not be overly pious in his telling of them. "As a businessman," he writes, "I like to give the straight goods."

In Fight or Submit, Derrickson delivers on his promise and it turns out he has a hell of a story to tell. Born and raised in a tarpaper shack, he went on to become one of the most successful Indigenous businessmen in Canada. As a political leader, he served as Chief of the Westbank First Nation for a dozen years and was made a Grand Chief by the Union of British Columbia Indian Chiefs.

He has been the target of a full Royal Commission and an assassination attempt by a hitman hired by local whites. As Chief, he increased his community's revenues by 3500% and led his people into a war in the forest over logging rights. This is the determined and direct story of an Indigenous entrepreneur who, in the face of hatred and violence, always lifted his community up and had fun along the way.

Grand Chief Ronald M. Derrickson is one of the most successful Indigenous entrepreneurs in Canada. He also served as Chief of the Westbank First Nation for a dozen years and led his community from poverty to prosperity while surviving an assassination attempt and a Royal Commission on his business and political activities. He lives in Westbank First Nation, close to Kelowna, B.C.